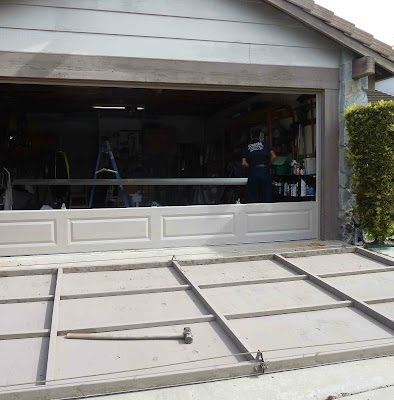 There is a chart of gifts listed for all the years in between.

The first of this month was our wedding anniversary and apparently we have made it to the 'sculpture' anniversary.

We have never followed the chart but I think this year we accidentally somewhat followed the etiquette of correct gift-giving:


As we had our new 'Happy Anniversary' garage door installed on April 1st.

Romance is alive and well.