Salad That Can't Be Beat

I love a good beet salad.

Oh, I am tempted by the other choices on the appetizer side of the menu.

Calamari or Dungeness Crab have their appeal.

But time and time again, I pick the salad that contains beets and I am never sorry.

So Saturday night, at The Boulevard in the Financial District of the lovely city of San Francisco, I paused for just a moment before ordering the weird combination of beet, radish, kumquat, cherries, hazelnuts and blue cheese.

"There are very few greens in this dish," said the waiter.

"That is ok," replied beet-loving me.

And it was, and then some.

What is your favorite restaurant in San Francisco?

Yes, it is exciting to hang from a trolley car pole with the wind whipping through your hair but then your eyes are directed out and not necessarily up. And you are busy thinking about your grip and the fast pace of the traffic zooming close to your backside as you lean back to pose for a selfie.

On foot, especially climbing a big steep hill, it is inevitable that you need to stop, gasp, catch your breath and look up. And this is the very best way to take in the gloriousness and detail of San Francisco architecture.

In San Diego, there are different types of houses.

But there is an abundance of stucco homes with a two-or-three car garage receiving center stage.

Which is why, shortly after moving into our home nineteen years ago, I pulled into the neighbor's driveway, ready to shut off the engine, before I noticed I was at the wrong house.

This would never happen to me in the beautiful streets of San Francisco.

If one has a deft hand and a full piping bag, there are many ways to transform a plain cake into a piece of art.

Borders can be created that look like beads, rosettes or shells.

Royal icing can be used for lattice.

Again….if one has a deft hand for these things.

An alternate method is to find a chocolate rabbit or the CUTEST CHOCOLATE DUCK IN THE WHOLE WORLD at the grocery store. 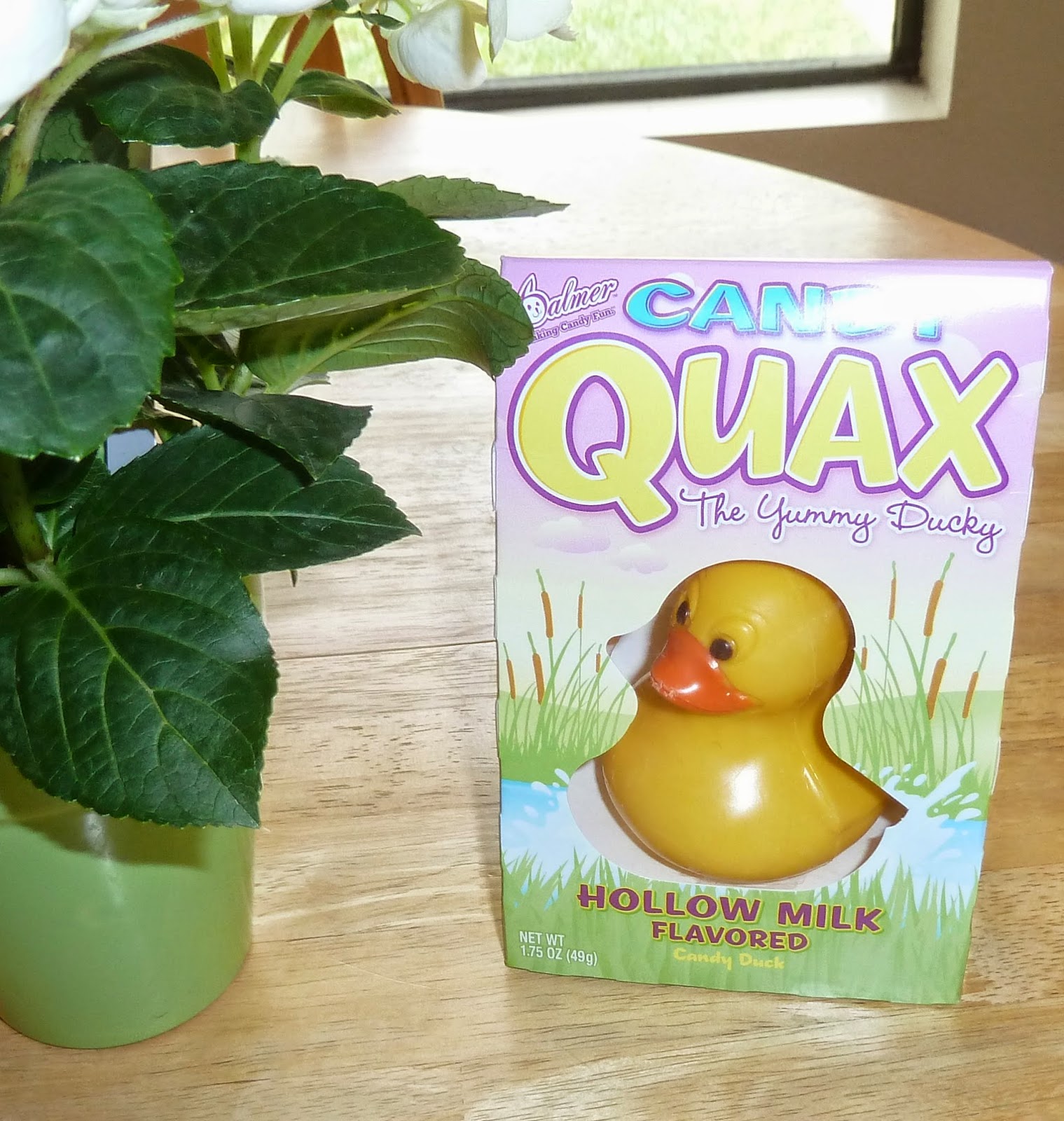 Unwrap chocolate duck and center it on top of the cake. 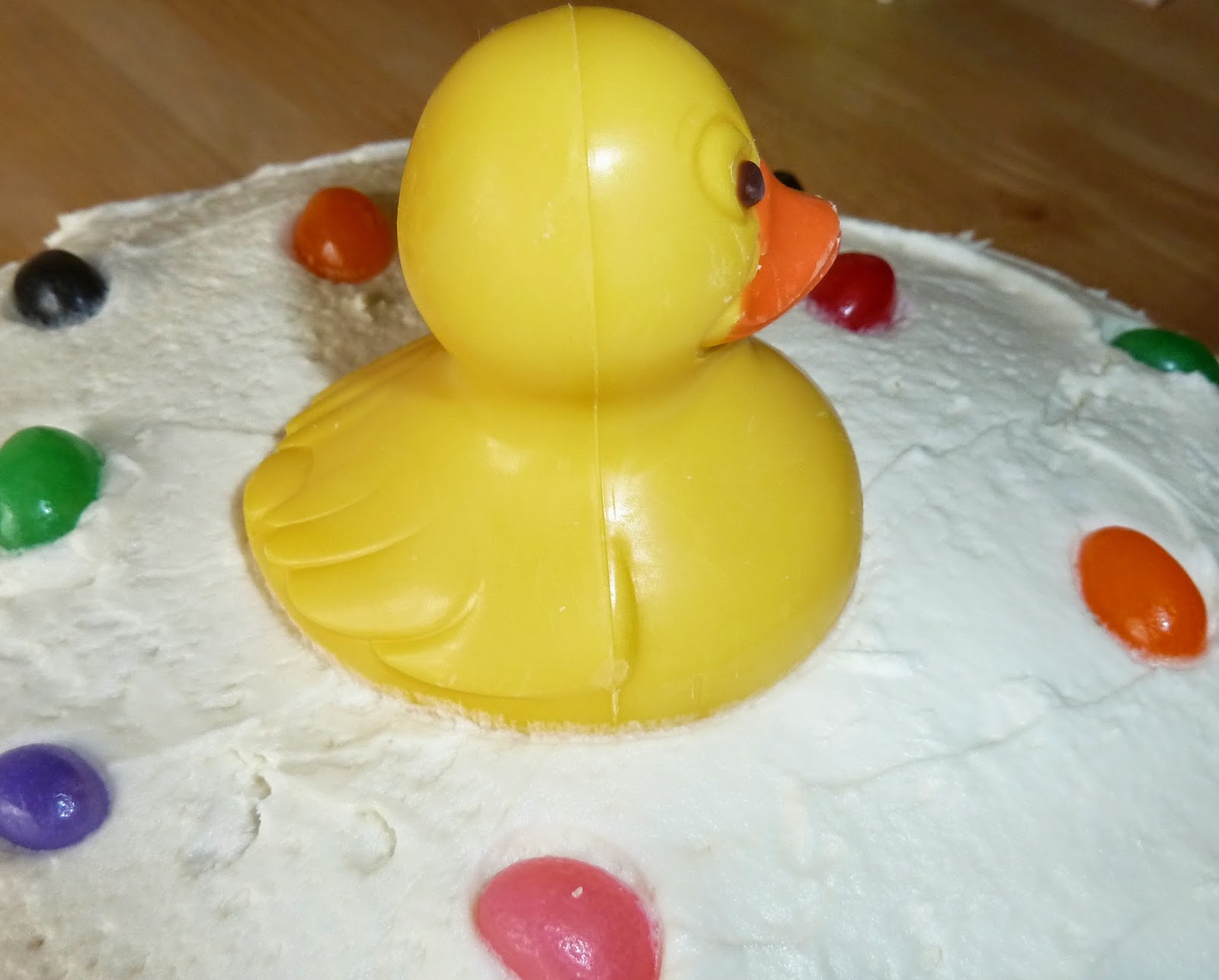 And call it a day! 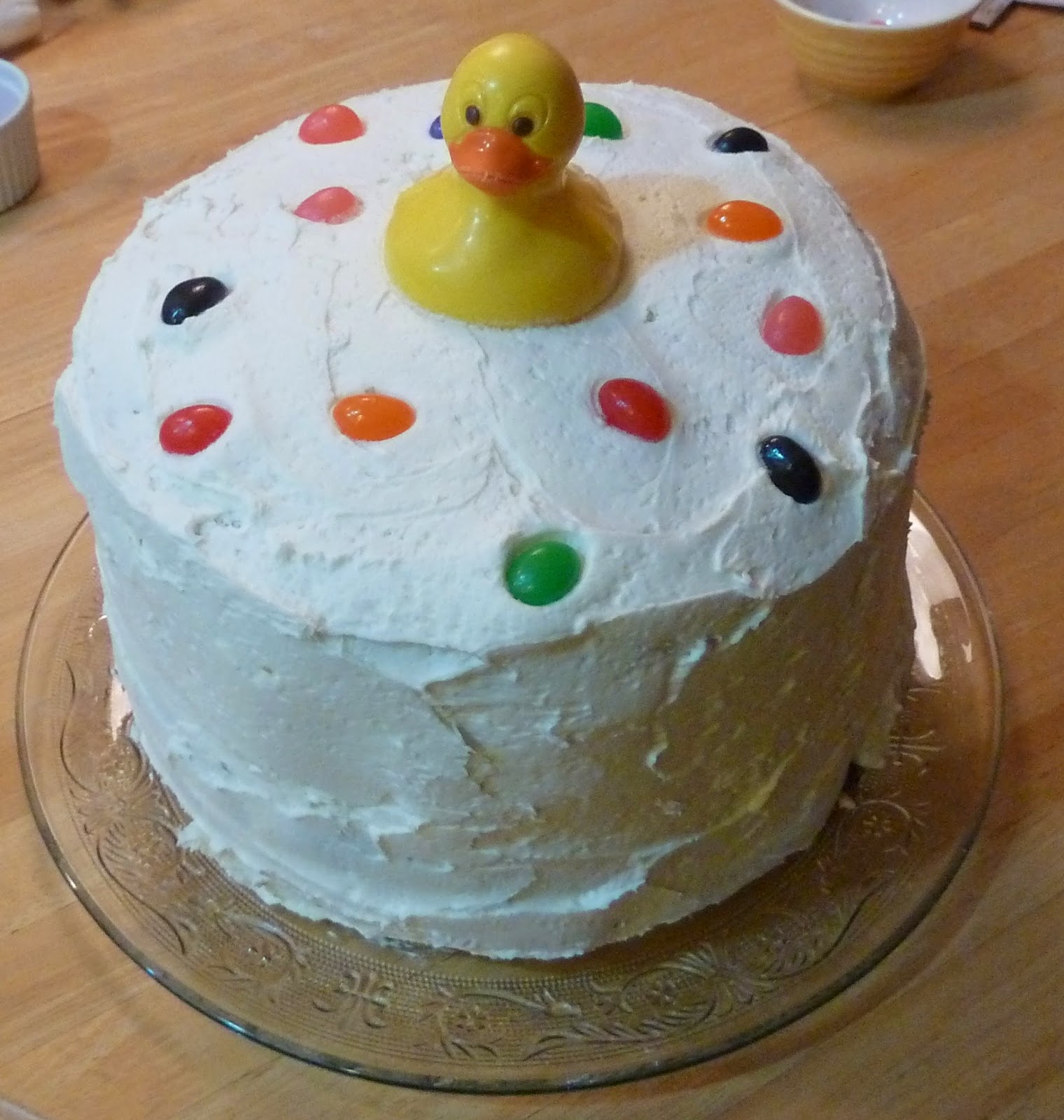 For a touch of pastel whimsy, add a few squirts of food coloring to each layer of white cake batter. 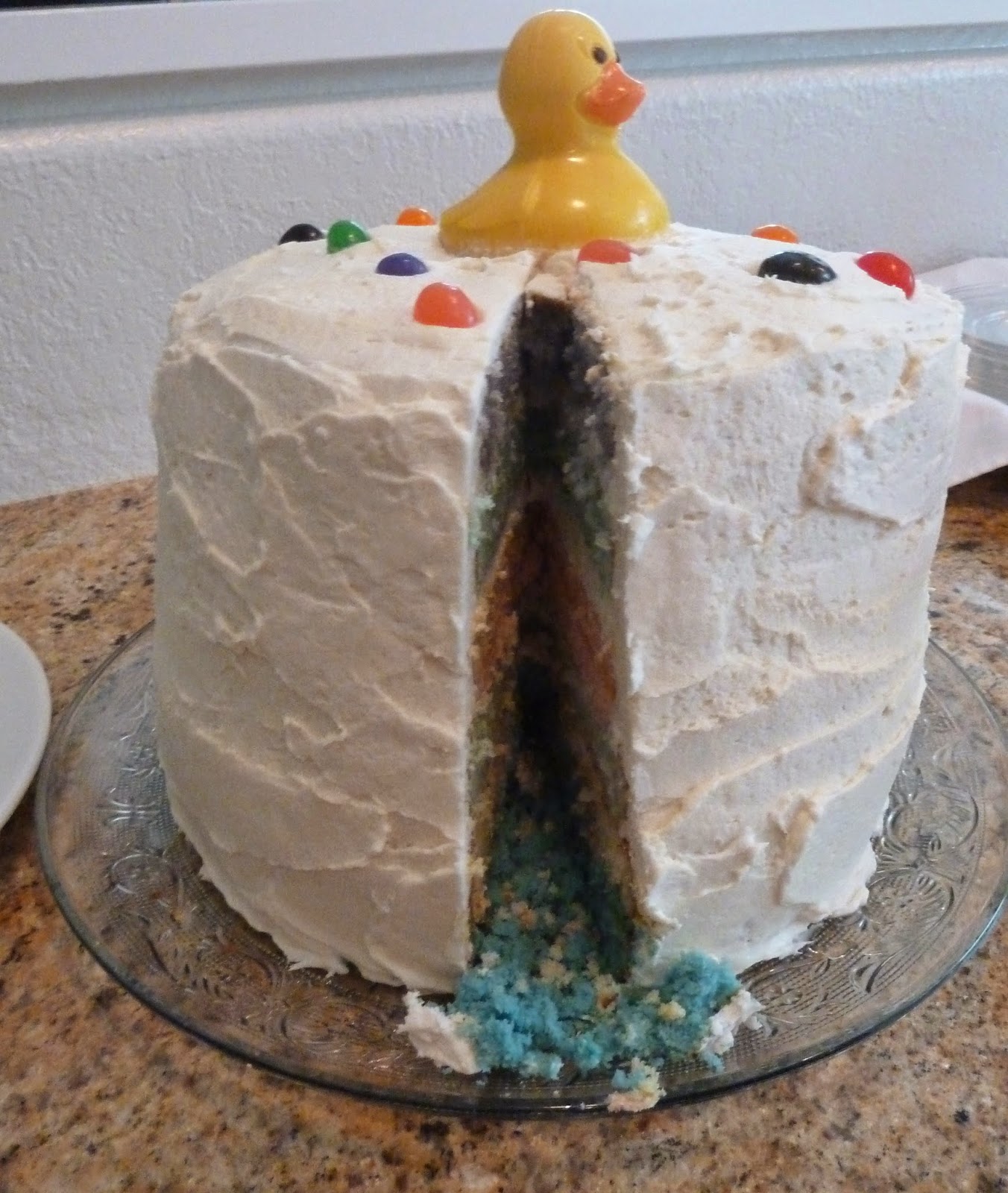 It will give your dessert some oomph when you cut into it. 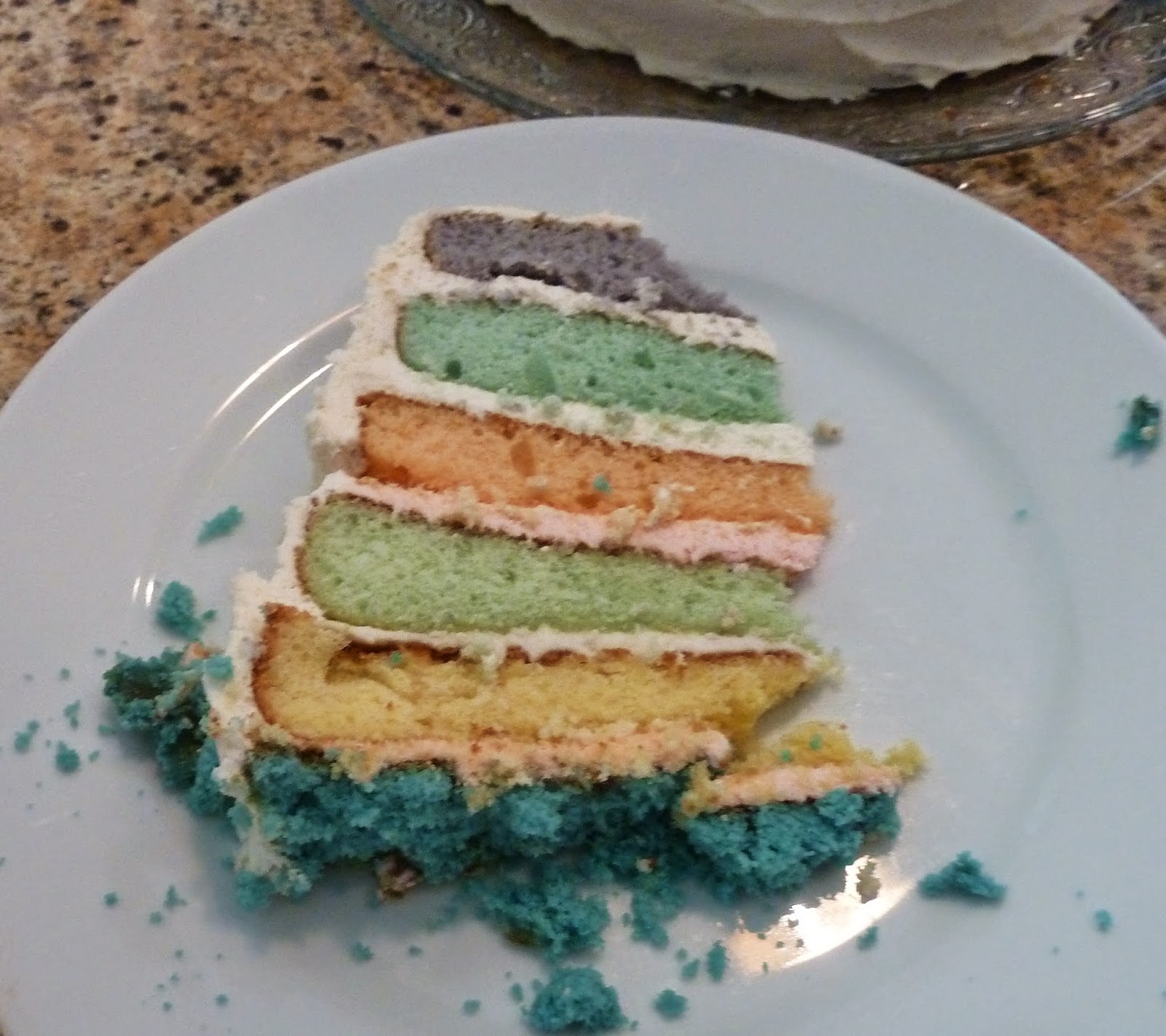 
Last night we had visitors from the East Coast.

The boys, 6-1/2 and 4 were just the right age for decorating bunny cupcakes.

I made a sample before they arrived. 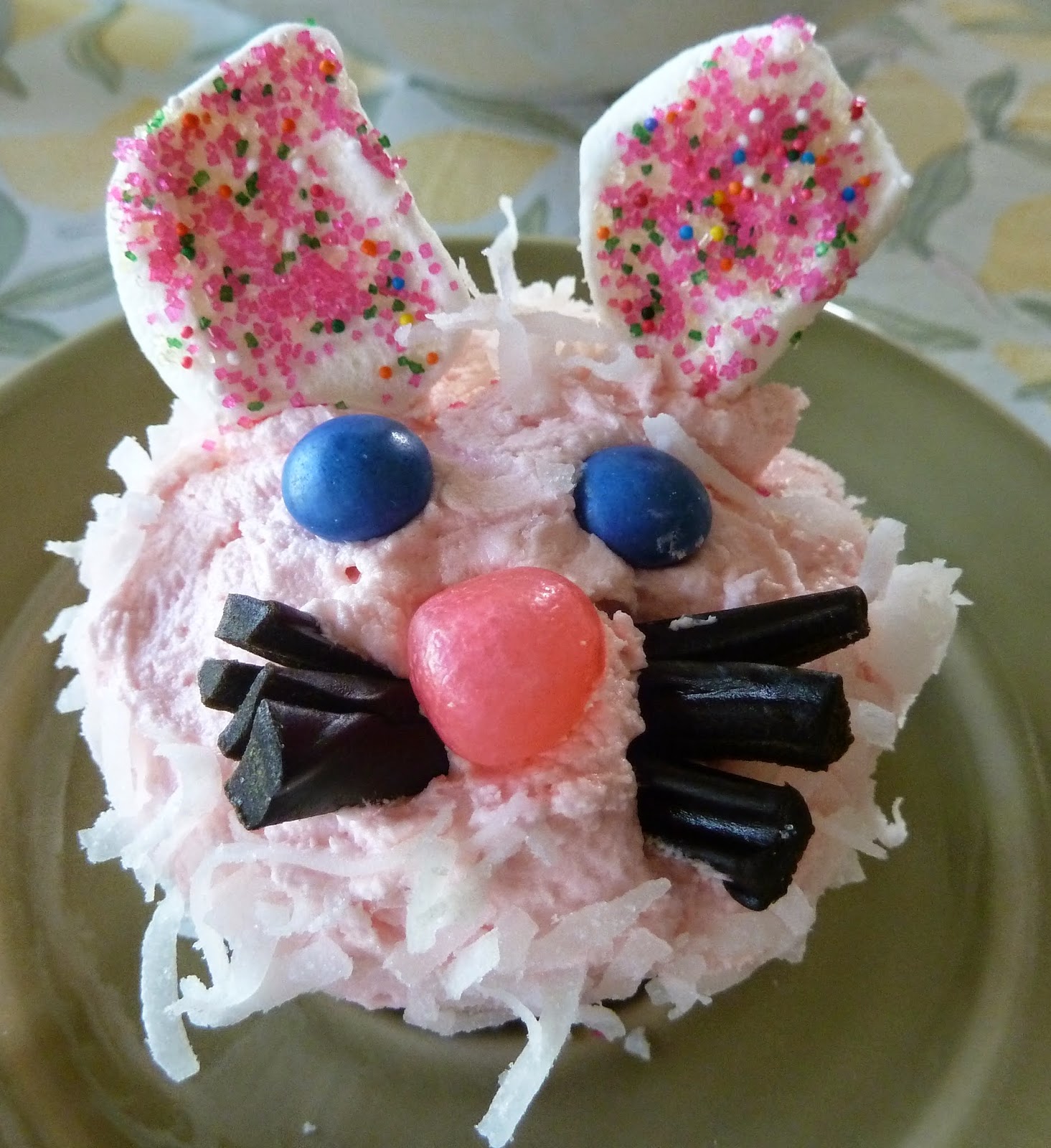 And this is what their creative parents came up with: 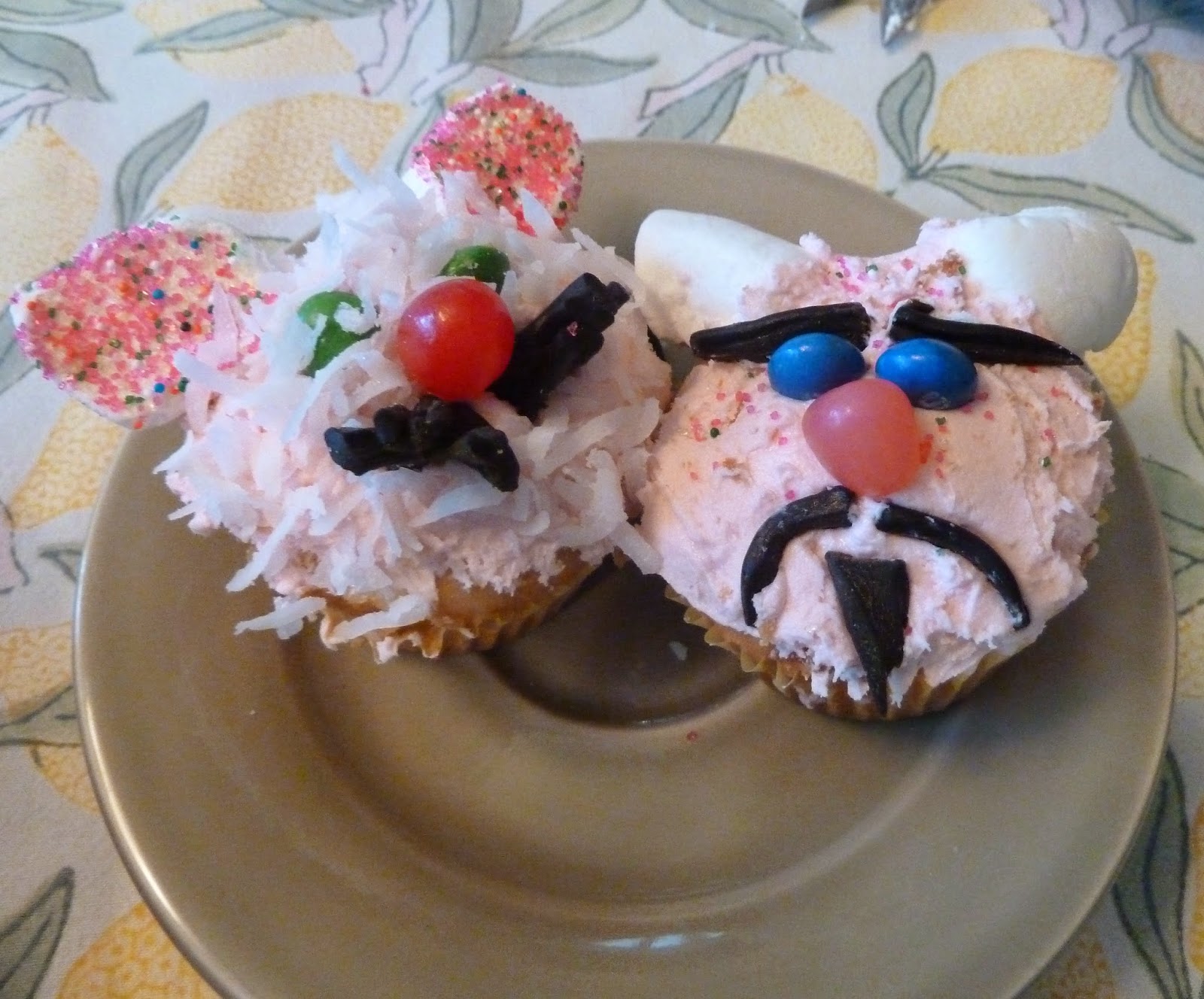 I am particularly fond of the buck teeth! 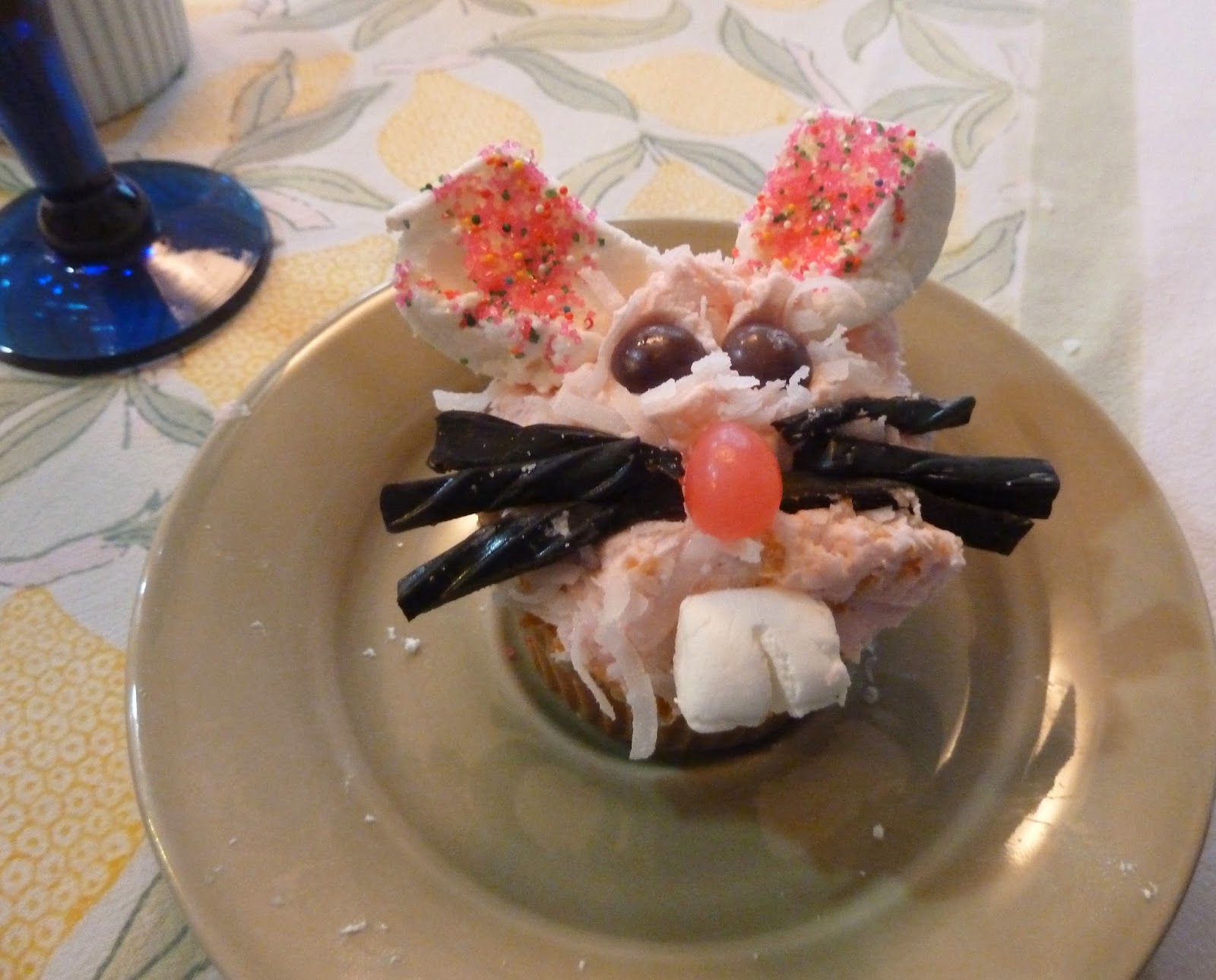 The boys thought outside the box and opted to make a house and a cat and then proceeded to pile on the candy after hearing me say "if you make it, you get to eat it". 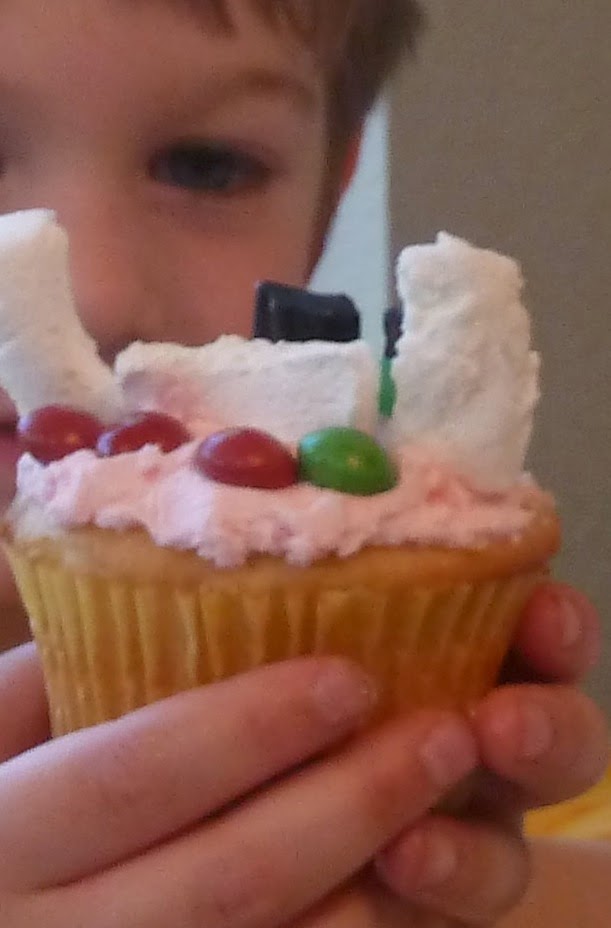 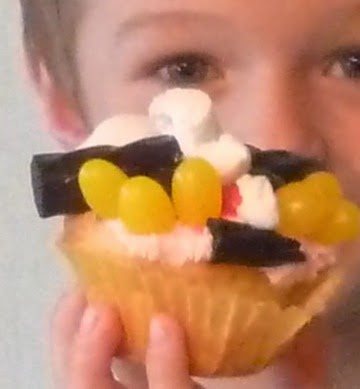 It was quite remarkable!

Have you seen The Lunchbox?

In addition to being a truly lovely film about loneliness and regret, it falls into the category of movies that you shouldn't watch on an empty stomach.

A young homemaker named Ila cooks up the most amazing meals in her tiny kitchen and packs them up in a tin canister (tiffin) for the dabbawallah (delivery man) to pick up and take to an office in Mumbai.

While the system of transport is fascinating (so much so that it was studied by the Harvard Business School) it was the dishes that I found most appealing.

Particularly the one made from little eggplants, which was made over and over in the film, until the audience wants to reach through the screen and take a bite.

Or was that just me?

Shortly after seeing the movie, I came across these little beauties on sale at the market. 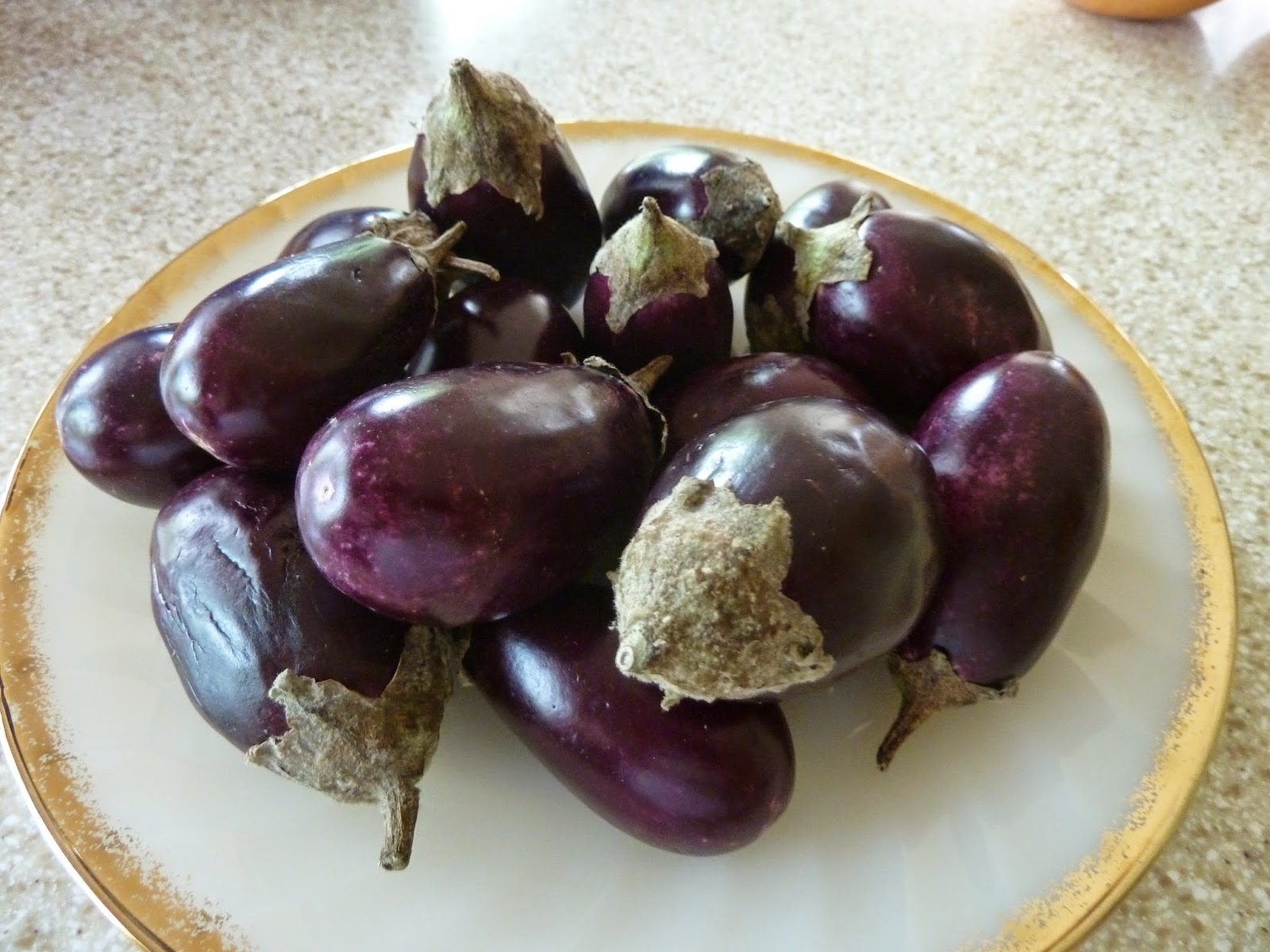 There was no recipe on the back of my movie stub (come on Sony Pictures Classics, why not do a little cross-marketing and tie in with a produce store) so I went straight to the internets.

Found a basic recipe for Hot and Sour Eggplant Stir-fry (see below, courtesy of Carla Hall of The Chew). It is delicious.

And perfectly satisfying until I am able to find the name and instructions for the actual dish in The LunchBox! 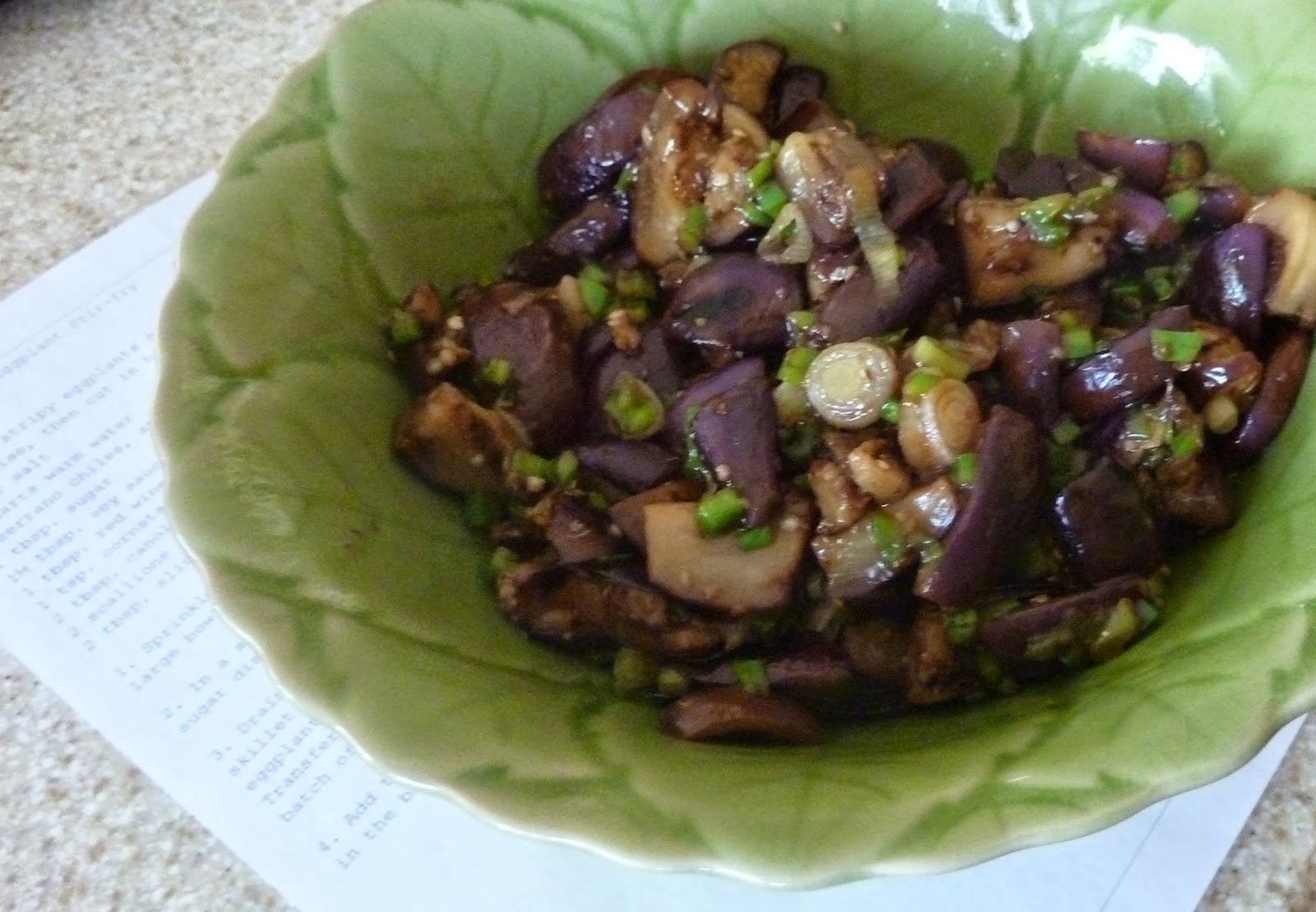 Hot and Sour Eggplant Stir-fry
Serves 4
5 small, stripy eggplants or Chinese or Japanese eggplants, trimmed, cut in eighths lengthwise, then cut in halves crosswise
Kosher salt
3 quarts warm water
2 serrano chiles, stemmed and minced, with seeds
1 tbsp. sugar
1½ tbsp. soy sauce
1 tbsp. red wine vinegar
1 tsp. cornstarch
2 tbsp. canola oil
2 scallions (green onions), trimmed and cut into 1-inch pieces
2 tbsp. sliced fresh basil leaves
1. Sprinkle the eggplant pieces with 1 tablespoon salt, then immerse in the warm water in a large bowl. Let stand while you prepare the other ingredients.
2. In a small bowl, stir the chiles, sugar, soy sauce, vinegar, and cornstarch until the sugar dissolves.
3. Drain the eggplant very well and press dry between paper towels. Heat a wok or large skillet over high heat until very hot. Add 1 tbsp. of the oil, then add half of the eggplant. Cook, tossing and stirring, until browned and just tender, about 5 minutes. Transfer to a plate. Repeat with the remaining oil and eggplant, and then return the ﬁrst batch of eggplant to the wok.
4. Add the scallions and the chile mixture. Cook, tossing and stirring, for 2 minutes. Toss in the basil and serve immediately. 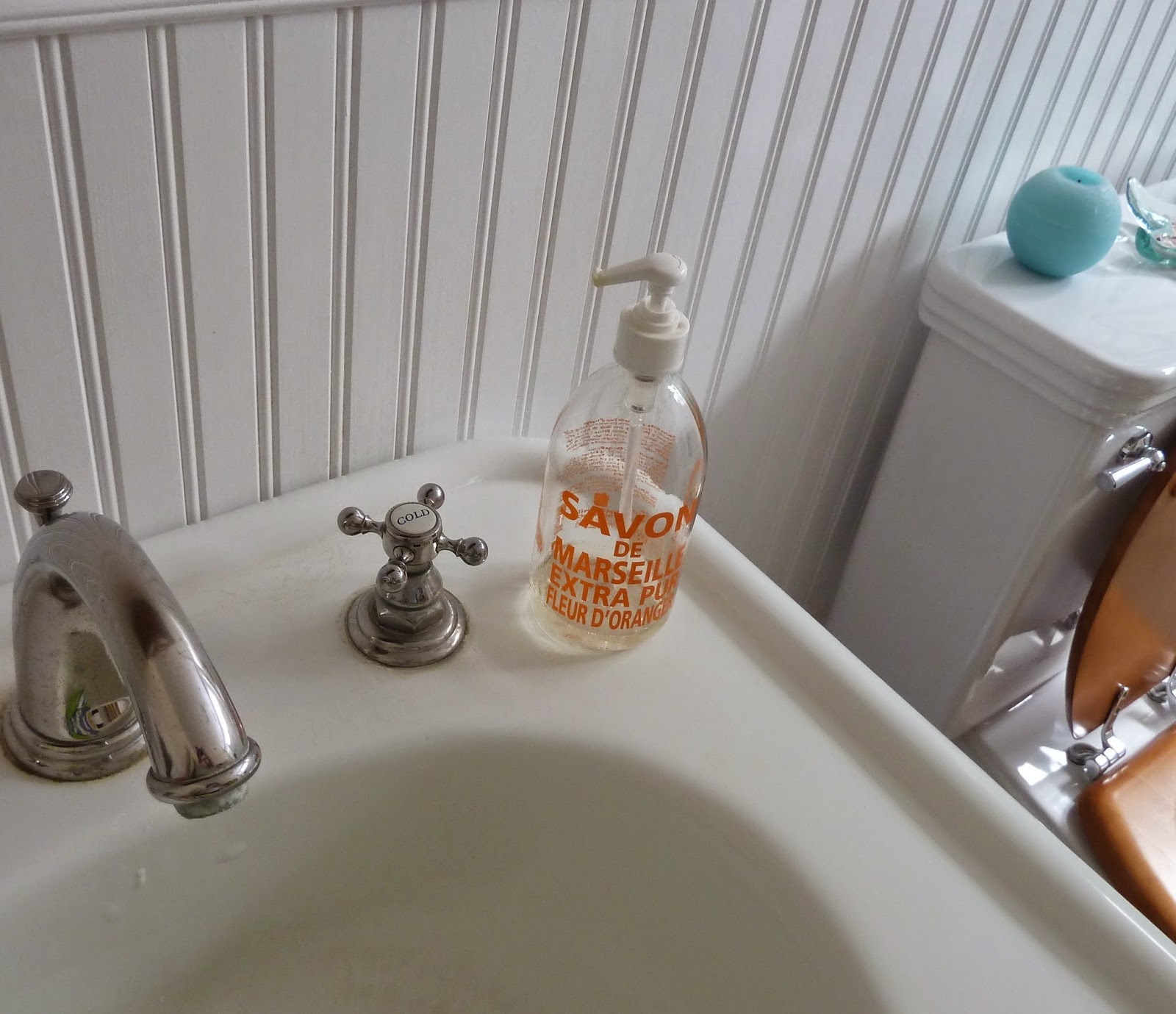 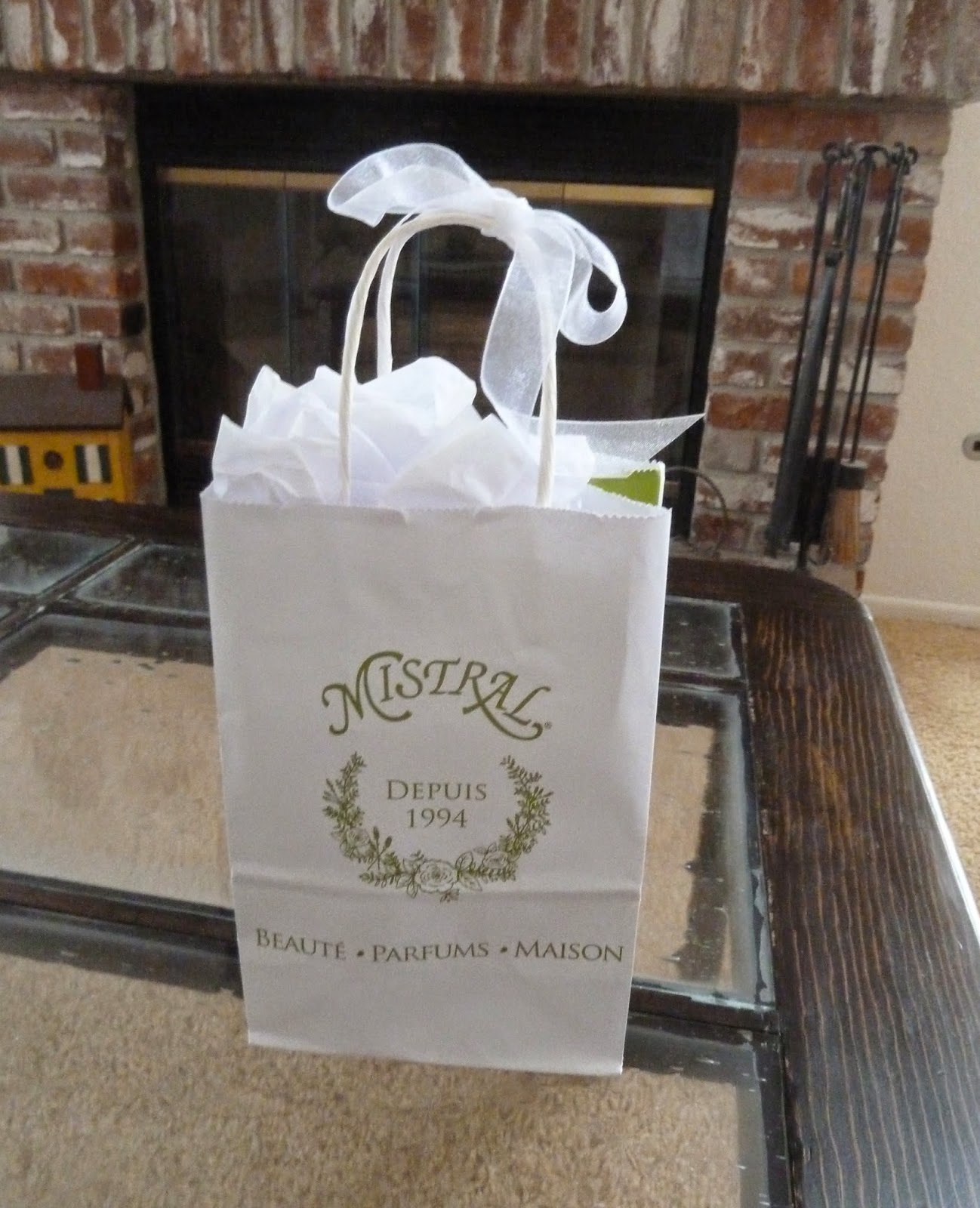 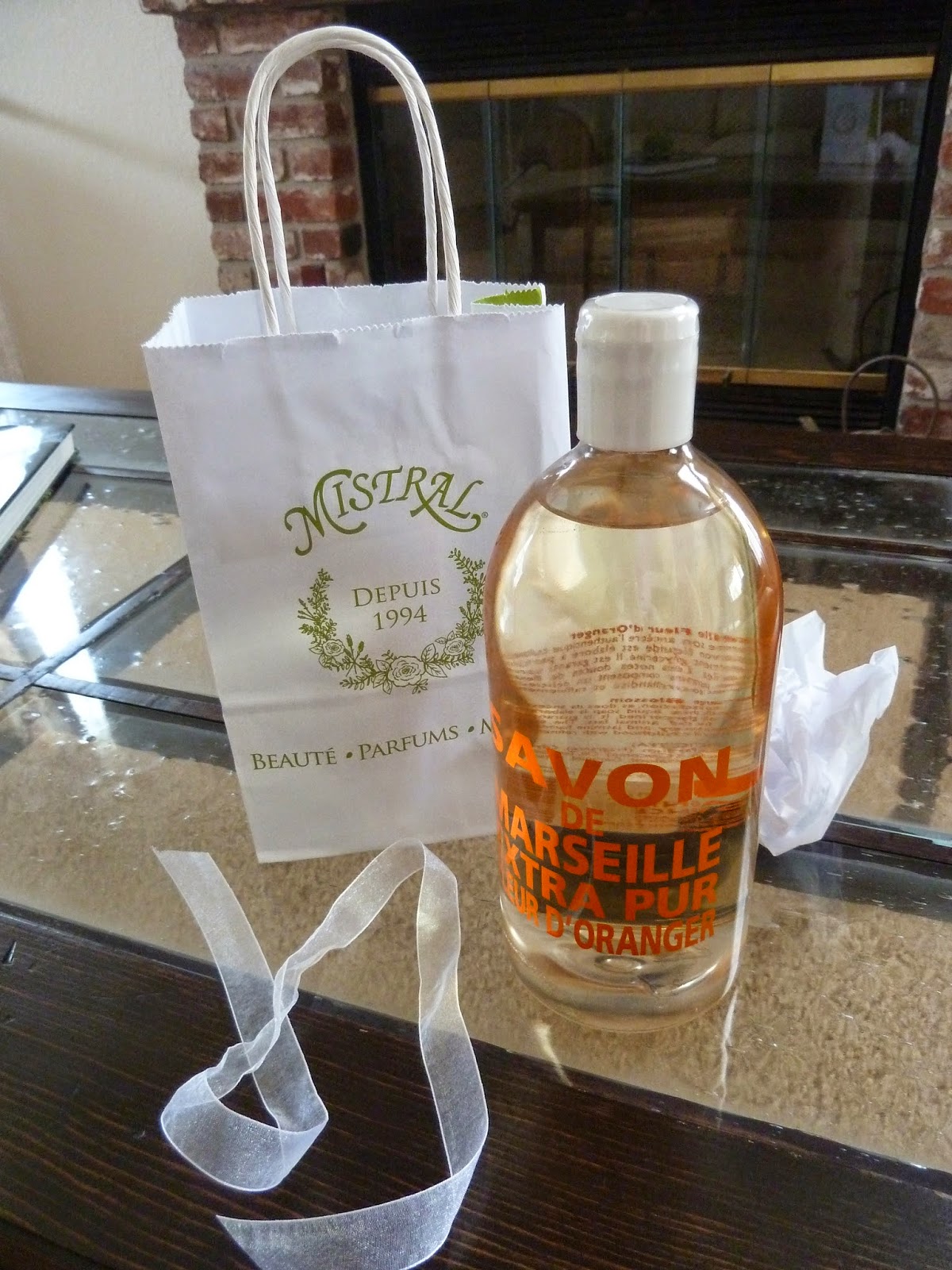 One of my favorite scents is the citrus-y smell of orange hand soap from Mistral.

Or Savon de Marseille Extra Pure Fleur D'Orange if you want to be all French about it.

This is the third weekend in a row that we have been out in the front and back yard with clippers, electric trimmer, hand saw, pick axe and shovel.

We have pruned, weeded, trimmed, dug and planted.

All in anticipation of a pretty yard and luscious vegetable garden this summer.

So it is disheartening to find that the most vibrant area on our property is in a strip of dirt next to the garbage cans on the side of the house.

Any area that receives no deliberate water…. 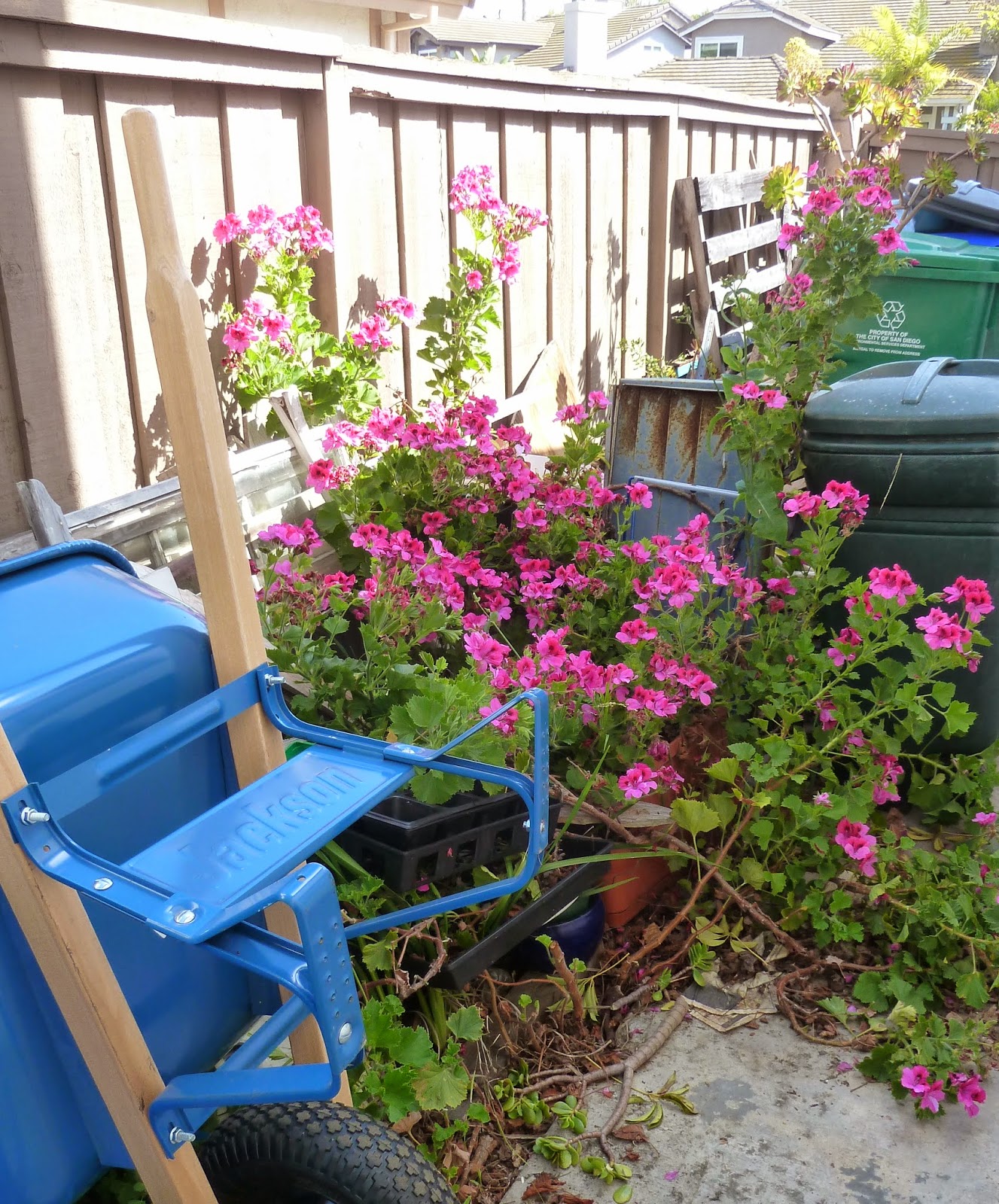 Email ThisBlogThis!Share to TwitterShare to FacebookShare to Pinterest
Labels: Geraniums will grow anywhere.

How is that possible?

I must have been a 'child' bride.

This is a picture taken the day before our wedding. 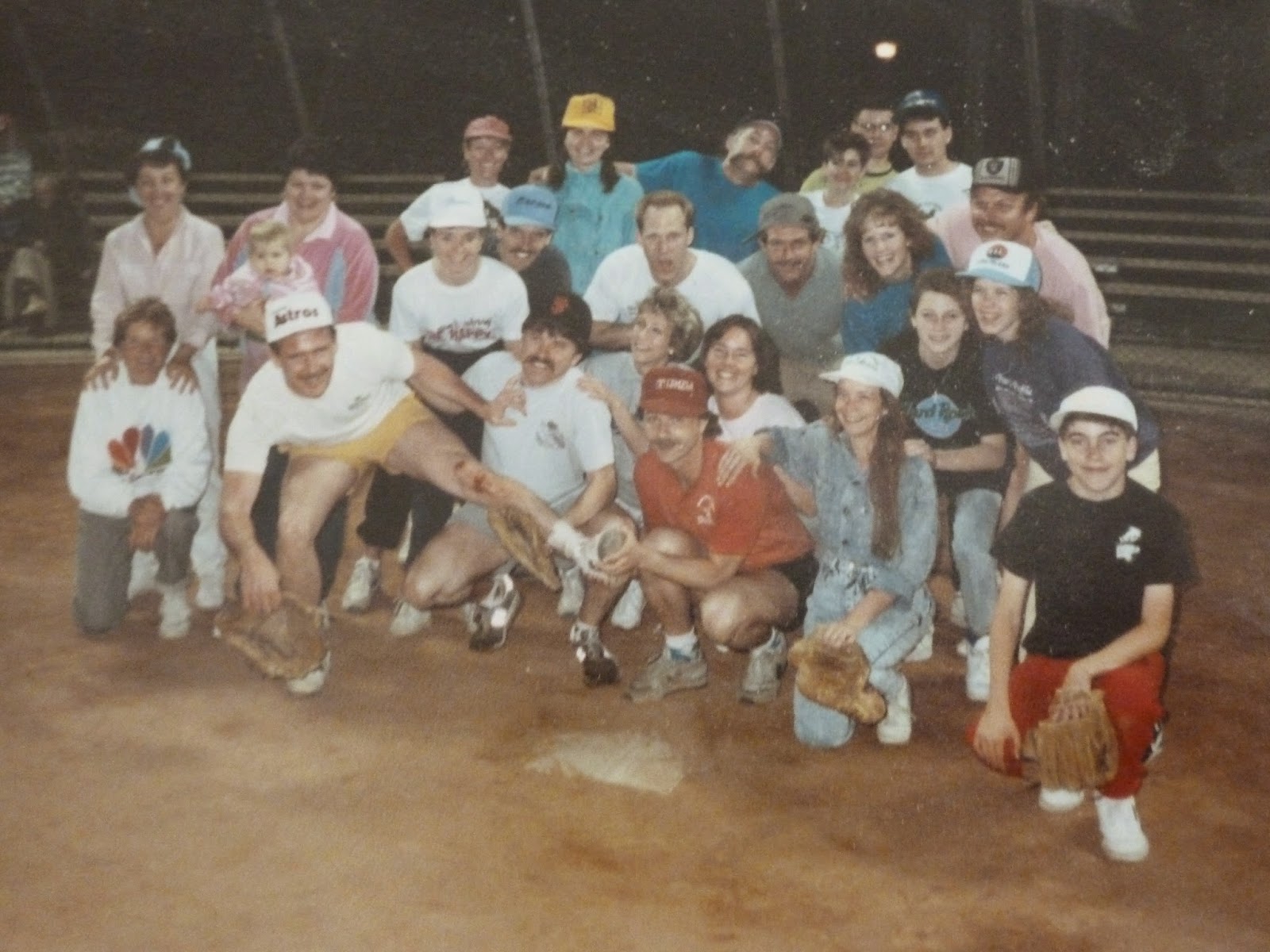 We gathered some of the folks that flew in from the East Coast and Northern California, played softball at a local park and went out for pizza.

A reflection of our married life.